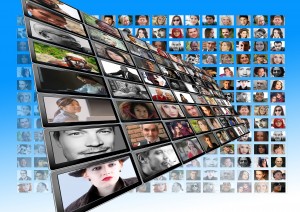 Wikipedia defines a crowd as „a large group of people that are gathered or considered together“. But if you take a closer look at what a crowd can be there is much more to it than that. When searching for „crowd„ the results are full of related terms that represent a combination of „crowd“ and a second word. Crowdsourcing and crowdfunding are amongst the known terms, but there are also words like crowdvoting or crowdfixing.

The crowd is a powerful weapon

To get an idea what the crowd is capable of let’s start with crowdfunding. The principle is rather simple: A large number of people, the crowd, supports a project with their financial contribution. The project initiator presents his idea (e.g. on a website) and enables the crowd to support the project with a certain amount of money. When the funding goal is reached the project is ready to be carried out.

With crowdfunding the crowd takes over the role of donors. In return these donors are significantly involved in the project’s success. In some cases they even become shareholders and benefit from the company that came up with the project.

Ask for the opinion of the crowd 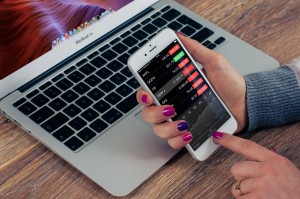 Crowdvoting generally takes place online and is often seen as part of crowdsourcing. A certain „question“ is presented to the public and the crowd can vote on it. A good example for crowdvoting is the like-button on many social networks. Liking is the easiest way to show if a user loves a posting, picture, or video – or if he doesn’t. If the crowd clicks „like“ it has a certain power to influence the popularity of this posting in the network.

Another form of online crowdvoting is the providing of evaluation sheets. The crowd can fill them out to tell other people if something was good or not. Travel platforms use this very often to publish recommendations for holiday destinations, hotels, restaurants and flights.

Crowdfixing takes place when people come together with a collective goal: They want to fix public spaces in a local surrounding. This includes cleaning, repairing, or mowing certain areas. Crowdfixing supports the idea that public spaces belong to all local inhabitants, not to a governmental institution or to a state. Online tools and platforms help the crowd to communicate and to organize the work that has to be done at the specified location.

Benefitting from the Crowd

These are just a few examples where the crowd is asked to help. As you can see the crowd is a powerful way to reach certain goals. You are able to boost new ideas and projects easily if you can tap into the knowledge, manpower, or leisure activities of a certain amount of people. Given the correct requirements the crowd is the best friend you can ask for. In the end both of you benefit: The crowd and you.

What is your perception of the crowd? Let us know in the comments below.