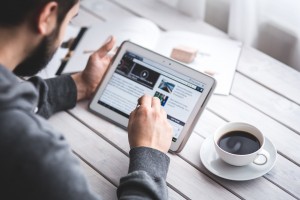 2005 has been the year that the term crowdsourcing was used for the first time. The editors Jeff Howe and Mark Robinson created the word as a combination from outsourcing and crowd when they were writing an article for Wired Magazine.

Although the term is rather new, the idea behind it isn’t. As early as in the 18th century an unknown amount of people has been used to solve a problem: In 1714 the British government wanted to find a way to measure a ship’s longitude. They used the easiest way to raise public interest: They offered money for the best solution from the crowd.

The wisdom of the crowd

Nowadays crowdsourcing is an accepted way to reach economical goals, but the methods have changed since the rise of the internet. The most famous example for crowdsourcing is Wikipedia. The platform is fed by the work of writers and editors who collect, update, and care for the articles that are available on the knowledge platform.

The principle is easy: More minds know more than a single one. So a mass of people combines their wisdom and experience to boost a project. It doesn’t matter if you are an individual, a public institution, a non-profit organisation, or a company – everyone can benefit from the crowd.

The benefits of crowdsourcing 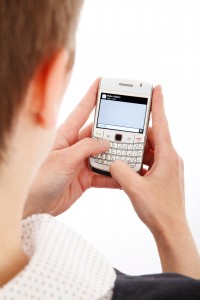 Crowdsourcing can help you with a lot of different work. You are looking for a new logo? Start a contest. You want to have software tested? Set up the conditions the crowd has to apply to and you can start. That’s the idea behind it.

Crowdsourcing goes together with crowdworking

The Internet made collaborative work very easy. A lot of platforms showed up where crowdsourcer and crowdsourcee can meet. At this point the term crowdworking is often used to name all the people who work as crowdsourcees. People who contribute to certain crowdsourcing projects are called crowdworkers to specify the type of tasks they are executing.

Crowdsourcing can be started and executed everywhere, next to you or in another country or on the other side of the globe. Crowdworkers have in common that they use their free time to complete your work. Therefore crowdsourcing and crowdworking are two terms that go together very often when describing such a process. 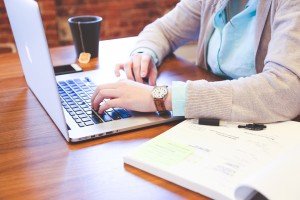 The motivation to start crowdworking depends on a lot of different reasons: Some people do it for money, some out of altruism or fun, others want to gain reputation or attention. And some of them want to have insider information about new ideas, products and learn something new when working on the crowdsourcing tasks.

It is beyond dispute that crowdsourcing has started to change our working environment. It’s biggest benefit is the possibility to increase quality because you reach more different people than with traditional working methods. Be aware of the fact that detailed preparations have to be made. Crowdworking is only going to be a success if clear instructions to all participants are given. If there aren’t any, the quality of the work can’t be judged properly.

Get started with crowdworking

If you are ready to get started with crowdworking now check out our in-depth evaluations of various crowdworking platforms below to find out which could be the right one for you.

Have you tried crowdworking yet or are you interested in taking on the odd job here and there? Let us know in the comments below.